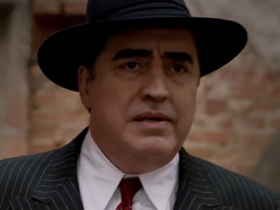 Where one war ends, another begins – is the message conveyed in the trailer for the upcoming TV miniseries Close To The Enemy, scheduled to air on BBC Two in the UK and on STARZ in the US.
Written and directed by Stephen Poliakoff, the new six-episode drama miniseries, set in post WWII London, follows a British intelligence officer who has to ensure that a captured German scientist hands over secret military technology extremely important for the national security.
The cast includes Jim Sturgess, August Diehl, Freddie Highmore, Alfred Molina, Charlotte Riley, Angela Bassett, Phoebe Fox and others.
The track used in the trailer is “Cry Me A River” by Dinah Washington.

Tags: close to the enemy