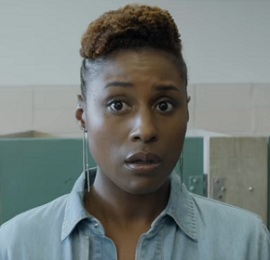 HBO invites you to watch the new comedy series Insecure, created and produced by Issa Rae, every Sunday, at 10.30pm.
The TV channel has released the official trailer with the message “No time to waste”, featuring some of Issa’s “adventures”.
Issa plays the main role, as she deals with a wide range of experiences, specific to black women. The half-hour eight-episodes series also stars Yvonne Orji, Jay Ellis and Lisa Joyce.
The tracks used in the trailer are “WTF (Where They From)” by Missy Elliott feat. Pharrell Williams and “Light ‘Em Up” by Robin Loxley & Grayson Voltaire & Emanuel Vo Williams.