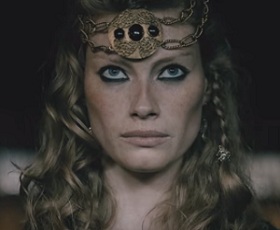 Vikings returns, this winter, to Amazon Prime for its fourth season. The new 20 episodes of the hit drama series written and created by Michael Hirst will be available every Thursday starting December 1st.
Whose return brings calamity, chaos, tragedy, and death you will find out by watching the trailer released by Amazon Video UK.
Inspired by the sagas of Viking Ragnar Lothbrok, the TV show, filmed in Ireland, follows the exploits of the legendary Viking chieftain Ragnar Lothbrok and his crew and family.
The cast ensemble includes Travis Fimmel, Katheryn Winnick, Clive Standen, Jessalyn Gilsig, Gustaf Skarsgård, George Blagden, Alyssa Sutherland, Kevin Durand, Peter Franzén and others.