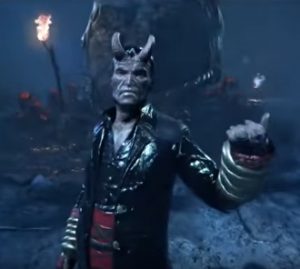 The launch trailer for first-person shooter video game Shadow Warrior 2, has been released.
The sequel to the 2013 Shadow Warrior is set five years after the events of Shadow Warrior, and players must fight, as modern ninja warrior Lo Wang, against armies of demonic legions that have invaded the world.
The first-person shooter video game, featuring over 70 different weapons, varying between firearms and blades, allows players to battle alongside allies online in four-player co-op or figt on their own in order to complete daring missions.
Released for Microsoft Windows in October 2016, Shadow Warrior 2 will be released for PS 4 and Xbox One in early 2017.