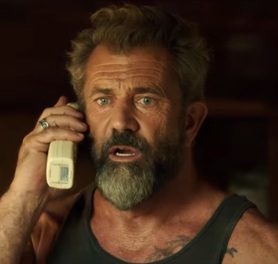 Mel Gibson is an American war veteran and ex-con who protects his estranged 17-year-old daughter from a cartel of drug dealers chasing her, in the action thriller Blood Father. In his endeavor to keep him and the girl alive, which is not easy, he’s bound to use connections from his past and skills acquired as an ex-criminal.

Its world premiere took place at this year’s Cannes Film Festival and it was released on August 12.