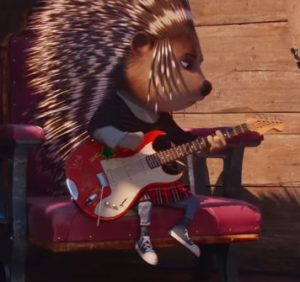 A new trailer for the upcoming animated musical comedy Sing, scheduled to hit US theaters on December 21, has been released.
Written and directed by Garth Jennings, the film follows an optimistic koala who tries to save his theater from closing down by hosting, helped by his sheep friend, a singing competition at which the entire town auditions. The best five contestants prove to be Rosita, a domestic pig, and her partner, Gunter, Mike, a white mouse, Ash, a porcupine, Meena, a teenage elephant and Johnny, a gorilla.
This new trailer features Eminem’s single “Sing For The Moment” and parts of the following songs performed by some of the contestants:
Bull – Butterfly (Come My Lady) by Crazy Town
Bunny – OMG Look At Her Butt (Anaconda) by Nicki Minaj