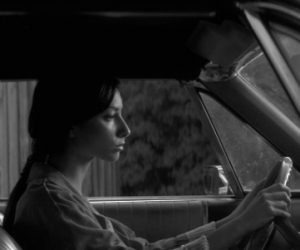 The Eyes of My Mother (Horror)

The Eyes of My Mother is a horror film centering around a disturbed young woman who has locked up a man in her family’s barn.

The protagonist, named Francisca, had a childhood marked by trauma as her mother, a former surgeon, made her understand thoroughly human anatomy and thus, be not daunted by death. The encounter with the man awakens her deepest and darkest desires, which consume her every single moment.

Its world premiere took place at this year’s Sundance Film Festival, and its release in US theaters is slated for December 2.