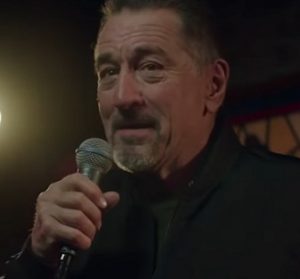 Robert De Niro plays Jackie Burke, a once big name comedian who tries to reconcile himself to getting older and becoming less relevant. In the process, while doing community service, he meets Harmony, the daughter of a real estate mogul, with whom he forms a strong bond.

A limited release is slated for December 2 and a wide release for January 13, 2017.