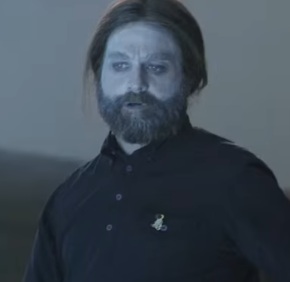 The American comedy TV series Baskets returns to FX with its second season, on January 19, 2017.

The show, created by Louis C.K., Zach Galifianakis and Jonathan Krisel, follows the twin brothers Chip and Dale Baskets, played by Zach Galifianakis. Chip gets hired as local rodeo clown in Bakersfield, California, after failing to become a professional clown in Paris. Married to a French woman who doesn’t love him and admits to having married him only to have the chance to live in America, Chip must deal with his everyday ups and downs, but also with events that change his life.

The 15-second trailer released by the Canadian cable channel features Basket walking a turtle on the city streets and implying that his unlikely pet gets hit by a car at a crosswalk.