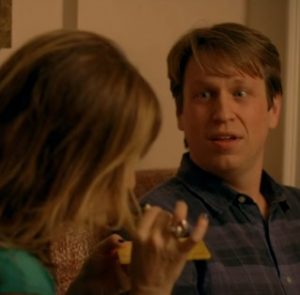 HBO has released the trailer for the upcoming comedy series Crashing, scheduled to premiere on February 19, 2017, at 10.30pm.

The new TV show, created by and starring Peter Holmes in the main role, follows a stand-up comedian from New York who finds his wife cheating on him and decides to get divorce. In the meantime, he lives at a friend’s place and tries to move on with his life.

The trailer features Holmes as he finds his wife and her lover in their bedroom, as he tells everyone at the pub he’s doing stand-up what happened, and as he tries to bond with a girl who’s taking drugs. Invited to sniff a little bit, he admits he has never done drugs and, when she turns her back, he blows the coke in the room.