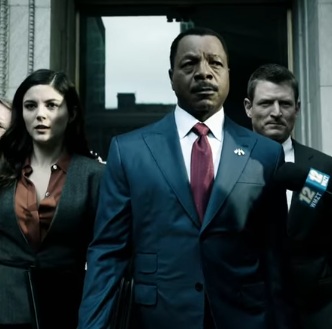 From the creator of Law and Order will come soon a new legal drama series on NBC: Chicago Justice.

The show created by Dick Wolf, which is the fourth installment of the Chicago media franchise and a spinoff from Chicago P.D., centers around Chicago State’s Attorney’s team of prosecutors and investigators as they pursuit justice in every area they come across: politics, media and legal arena.
The cast includes Philip Winchester, Jon Seda, Carl Weathers, Monica Barbaro and Joelle Carter.

The track used in the trailer is Find Me by Sigma feat. Birdy.