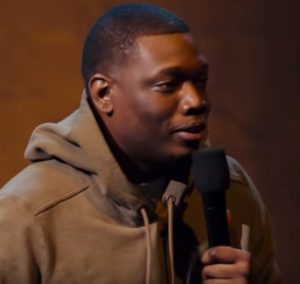 Netflix has released the official trailer for the upcoming stand-up special Michael Che Matters, streaming on November 25.
The American comedian is off limits, tackling with subjects such as blacks, cops, drugs, gun rights, Donalds Trump, white girls, Jesus.
“Blacks and cops aren’t getting along. I don’t know if you’ve seen the news in the past 400 years” – says Che, revealing that his brother is actually a cop.
According to Che, in what regards the Constitution, “number two on the list in gun rights” because “number one is I believe I should be able to say whatever the f_ I want. Number two has to be I probably need a gun, too“.