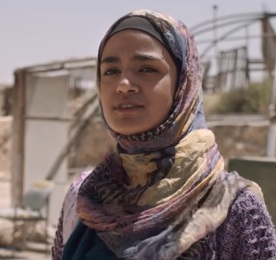 Netflix has released the trailer for the upcoming drama Sand Storm, scheduled to stream on December 15.

The film, written and directed by Elite Zexer, is set in a Bedouin village in Southern Israel, where a woman hosts her husband’s marriage to a younger wife and enforces stricter measures for her daughter, eager to lead a different life.

Sand Storm, starring Lamis Ammar, Ruba Blal, and Hitham Omari, has been reviewed as “striking”, “masterful”, and “a powerfully aching feminist story”, after its world premiere at this year’s Sundance Film Festival, where it won the World Cinema Grand Jury Prize.

This film is intended to be Israel’s submission this year in the Oscar Foreign Language race.