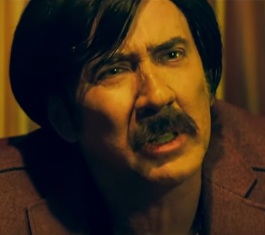 Nicholas Cage is a ruthless crime boss in the upcoming thriller Arsenal, scheduled to be released on January 6, 2017.

The Academy-Award winner plays Eddie King, a powerful mobster who kidnaps and holds for a ransom a small-time drug dealer whose brother, with only 48 hours available, risks everything to save him and to exact revenge against King.

“Two brothers. One shot. With the family on the line, you have to cross it” – this is the message the trailer, with plenty of guns, shots and tension) carries.

The film, directed by Steven C. Miller based on Jason Mosberg’s debut script, is a sequel to Cage’s 1993 film, Deadfall, and, as confirmed by Miller himself, Cage plays his Deadfall character.