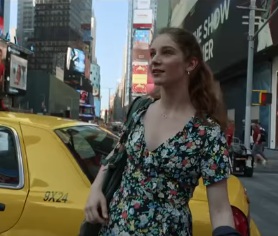 “How far would you go? How hard would you fight to live your dreams?” – these are the questions raised in the trailer for the upcoming drama film Dance Academy.

“I have no idea what happens next, but I’m excited about finding my own way”, says Xenia Goodwin (who plays Tara Webster) in one of the scenes revealed in the trailer.

The release in Australia is scheduled for April 6, 2017.