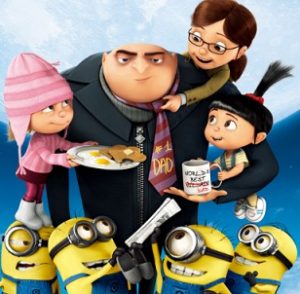 Summer of 2017 will bring highly-anticipated sequels and Despicable Me 3 is definitely one of them. The third installment in the Despicable Me film series will follow Gru, the adoptive father of Margo, Edith and Agnes, dealing with his new and powerful nemesis Balthazar Bratt, a former child star from the ’80s, obsessed with the role he played.

The script for the sequel to 2013’s Despicable Me 2 is written by Cinco Paul and Ken Daurio, the writers of the first two features, and the direction is by Pierre Coffin and Kyle Balda, with Eric Guillon as co-director.

Despicable Me 3 will feature the voices of Steve Carell as Gru, Trey Parker (co-creator of South Park) as Bratt, Kristen Wiig as Gru’s wife, Miranda Cosgrove as Margo, and others.