2017 Movies: Everybody Loves Somebody 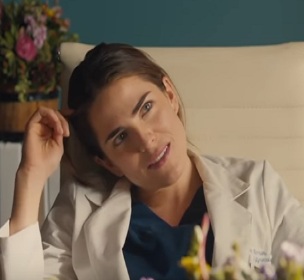 Everybody Loves Somebody – Karla Souza

Valentine’s Day will mark the release of a new romantic comedy about a woman who does something that many other female film characters have done before: going home with someone who is not her boyfriend but he is introduced as such to her family.

Everybody Loves Somebody follows Clara, a young and beautiful woman who asks a co-worker from the hospital she’s working at as a gynecologist to pose as her lover for a weekend, at her parents wedding, in Mexico. At the festivities, her ex-boyfriend (a handsome Mexican) shows up, catching her by surprise and putting Clara in the position to decide between going back to the past or give a chance to the man who’s standing next to her.

The release in Mexico is scheduled for February 14, 2017.