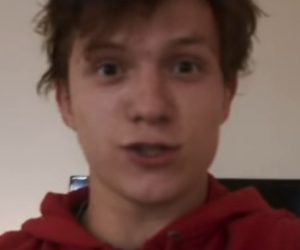 Summer of 2017 will bring highly-anticipated movies and Spider-Man: Homecoming is definitely one of them. The upcoming superhero film, set after the events of Captain America: Civil War, follows teenager Peter Parker trying to balance his high-school life in Queens, New York, with fighting crime as Spider-Man.

The 20-year-old English actor Tom Holland will be playing the Marvel Comics character alongside Michael Keaton, who will be Vulture, one of the film’s villains, Marisa Tomei, Robert Downey Jr., Zendaya, Laura Harrier, Jacob Batalon, Bokeem Woodbine, Tony Revolori, and others.

The soundtrack music is composed by Michael Giacchino, the one who composed the score for Doctor Strange.

Spide-Man: Homecoming is scheduled to be released in the US theaters, in 3D, IMAX and IMAX 3D on July 7, after an initial release on July 28.

The trailer tease released by Sony Pictures reveals that Spider-Man received a “minor upgrade” in a suitcase. The distribution company invites you to tune into Jimmy Kimmel Live for a first look at the full trailer.