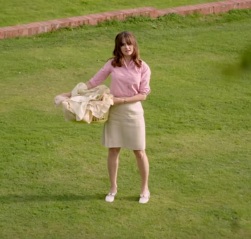 With a cast including Jim Broadbent, Michelle Dockery, Harriet Walter, Charlotte Rampling, and Emily Mortimer, The Sense of an Ending has Max Richter as score composer. The trailer, highlighting that “What we remember is only half the story”, features Oscar winner Jim Broadbent as he faces his flawed recollections of his younger self, talking about his best friend, who “mysteriously died”, and the woman he loved.

Tags: sense of endingsense of love