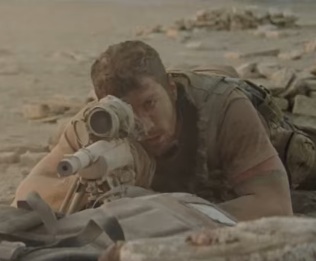 We got used to them as the title character in the Kick-Ass films and professional wrestler, but next year we’ll get the chance to see them in a dramatic role, in the war drama thriller The Wall.

Aaron Taylor-Johnson and John Cena play American soldiers caught in a deadly cat-and-mouse game with an Iraqi sniper who shots one of them and pins the other down behind a concrete wall.

Written by Dwain Worrell, directed by Doug Liman, and produced by Amazon Studios, the film stars also Laith Nakli and is scheduled to be released on March 10, 2017.