Channel 4 Series: This Is Us (Trailer Song) 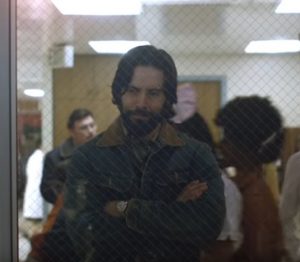 Channel 4 Series: This Is Us

Channel 4 has released the trailer for the NBC’s comedy-drama series This Is Us, which will soon air also on the British broastcaster.
The TV show, created by Dan Fogelman, follows the family lives of several people who all share the same birthday, such as a couple expecting triplets, a New York-based businessman, and a successful actor.
The 18 episodes of season 1, which premiered on September 20 on NBC, weave through the past and present of the characters, whose stories are intertwined in unexpected ways.
This Is Us, starring Mandy Moore, Milo Ventimiglia, Sterling K. Brown, Justin Hartley, Chris Sullivan, Chrissy Metz, Susan Kelechi Watson, and Ron Cephas Jones, will premiere on December 6, at 9pm.
The track used in the trailer is Robbie Williams’s single “Love My Life”.

Tags: channel 4 seriesthis is us series