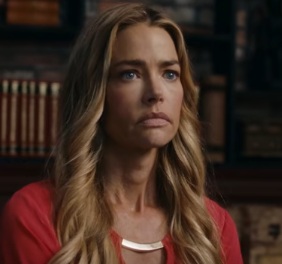 “Every crime has a motive. Every killer has his story”. The trailer for the upcoming thriller American Violence invites to “look closer”, “if you think you know the truth”.

The film, directed by Timothy Woodward Jr., follows the path to execution of Jackson Shea, who has 72 hours left to live, and the analysis that world renowned psychologist Dr. Amanda Tyler makes in order to determine whether or not a stay of execution should be granted. An exploration of the root causes of violent behavior, the movies examines the circumstances that have landed Shea on Death Row.

The film is scheduled for a limited release in theaters and on demand on February 3, and for Blu-Ray & DVD release on March 14.