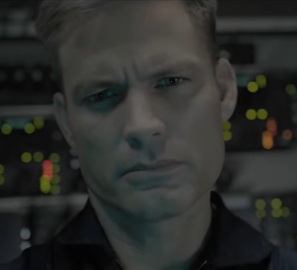 The trailer for the upcoming science-fiction Beyond the Edge, about a scientist and a pilot who volunteer to embark on a journey to the end of the universe, has been released.

The film, directed by Thomas Zellen, follows the duo, Abe Anderson and Harold Richards, as, after 13 years, their ship crashes into the unknown and mysterious things begin to happen onboard. The trailer features the two fellows as they answer a man’s question about the activities they carry out on the ship, but also how their relationship degenerates, when one of them discovers that their motions are repeated over and over again. When Harold dies in a freak accident, Abe realizes that this isn’t the first time, and tries to understand what is real before they truly reach the end of space.
“What is out there?” – is the question raised at the end of the trailer.

Tags: beyond the edgecasper van dien