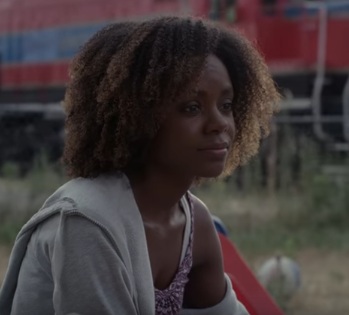 Netflix has released the official trailer for its upcoming film Deidra & Laney Rob a Train, scheduled to launch this spring.

Written by Shelby Farrell and directed by Sydney Freeland, this comedy drama follows two teenage sisters, Deidra and Laney, who start robbing trains in order to collect the money necessary for bailing their mother out of prison. They hatch detailed plans on how to act, every time at night, in their room, where they put on walls schedules and schemes, and sell the objects they find in the boxes they steal from the trains. But, as no crime remains uninvestigated, they soon find themselves in trouble. Along the way, the two sisters learn important lessons of survival and resilience, but also what it means to grow up.

Deidra & Laney Rob a Train will have its world premiere on January 23, at Sundance Film Festival, and will drop on Netflix on March 17.

The trailer features the track “Lady Nostalgia” by the rock band Smallwhitelight.