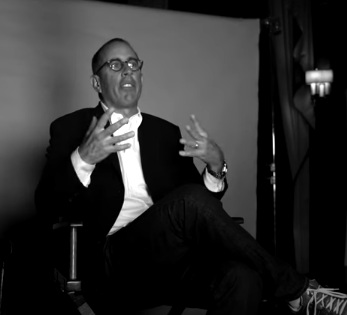 “Comedy is surely a result of your ability to withstand self-torture” – says Jerry Seinfeld in the trailer for Dying Laughing, a documentary about the craft, creative process and complicated lives of stand-up comedians.

Alongside Seinfeld, other masters of the comedy universe, such as Gary Shandling, Chris Rock, Sarah Silverman, Kevin Hart, Billy Connolly, Amy Schumer, and Jamie Foxx, give interviews about the challenges of a stand-up comedian. Directors Lloyd Stanton and Paul Toogood manage to provide viewers with a deep look into what lies behind the mic of a comic, as the performers open up their hearts and talk about this job, about their experiences, bad shows, and many other topics.

Dying Laughing will be released in theaters and on demand on February 24 by Gravitas Ventures.