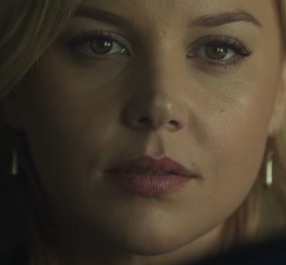 Lavender is a pshychological thriller about a young woman who loses her memory after a car accident and starts finding clues among her photos that suggest she may be responsible for the death of family members she never knew she had.

Directed and co-written by Ed Gass-Donnelly, the film stars Abbie Cornish as Jane, a photographer and mother of a little girl, who follows a doctor’s piece of advice and goes to her childhood home, hoping that her amnesia would disappear. There, though, strange things happen, forcing Jane to face her mysterious, tragic and haunting past.

The film had its world premiere at the 2016 Tribeca Film Festival and it will be distributed by Samuel Goldwyn Films and AMBI Group in theaters and on VOD on March 3.

The song playing in the background, starting from 1:50 (You’re my happy day), has been composed by singer-songwriter Curtis People specially for the trailer.