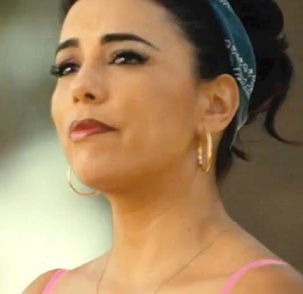 BH Tilt has released the official trailer for the upcoming drama film Lowriders, scheduled to be released on May 12.

Set in East Los Angeles, the film, directed by Ricardo de Montreuil, explores the relationship between the members of a Mexican family, focusing on Danny, a talented young street artist forced to make a though choice as his old-school father, obsessed with lowrider car culture, and his ex-con brother expect something from him, on one hand, and, on another hand, he wants to pursue his dream.

The trailer features Chavarria struggling to find his own way because he doesn’t want to fix cars at the shop all day long, getting arrested and spending serving time, fighting with his father after his release for not having talked about him for eight years, making him become a “Ghost” (this is his nickname in the film) and revealing his ambition to make it with his art. Longoria is shown in very few scenes, with a sad look and almost crying, asking Danny’s father to talk to his sons and hugging Danny at the end of the trailer.

The songs used in the trailer are “Change” by K Camp feat. Jeremith and “Runnin'” by David Dallas.