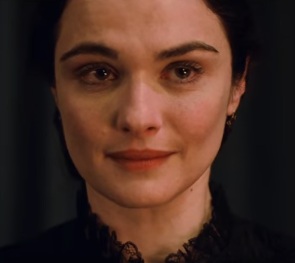 Rachel Weisz is a mysterious, beautiful woman in the upcoming drama film My Cousin Rachel, scheduled to be released in the US theaters this summer, on July 14.

Based on Daphne du Maurier’s 1951 novel of the same name, the film follows Philip, a young Englishman (played by Hunger Games star Sam Claflin) who inherits his guardian’s Cornish estate and seeks revenge against his cousin Rachel, believing that she’s behind his guardian’s murder. He cannot go through with his plan, though, because he finds himself falling under the spell of her charms.

The song used in the trailer is “Wicked Game” by Ursine Vulpine feat. Annaca.