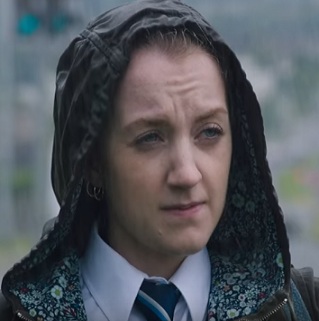 “I was born on contrary winds. They named hurricanes after me. My name is Emily” – this is how the first official trailer for the Irish independent drama film My Name is Emily starts.

Written and directed by Simon Fitzmaurice, the film follows 16-year-old Emily who runs away from her foster home and, helped by Arden, a shy classmate, embarks on a quest to set her father free from the mental institution he’s committed in. The two teenagers travel across Ireland and, throughout their road trip, learn about life, death, loss, love and letting go.

With Evanna Lynch and newcomer George Webster in the leading roles, My Name is Emily also stars Sarah Minto as young Emily, Michael Smiley as Emily’s father, a best-selling author who has a psychiatric break, Deirdre Mullins as Emily’s mother, Martin McCann, Cathy Belton, Barry McGovern and others.

The trailer reveals the film’s plot, which blends comic moments with dramatic ones, featuring, obviously, mostly Emily and Arden on their journey. “People lie. People leave”, “Life happens quickly. And you wonder: How did I get here?” – are a few of the lines said by Evanna’s character, who slowly opens her heart to Arden.

The film, which received mostly favourable reviews from critics, was released on April 8 in Ireland and is scheduled to be released in the US on February 17.