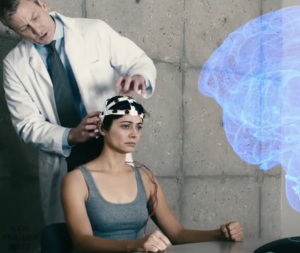 One Under the Sun is an upcoming sci-fi mystery drama film about the survivor of a space mission who becomes the target of the government because of her extraordinary gift.

Written by Katherine Tomlinson and directed by Vincent Tran and Riyaana Hartley, the film follows Kathryn Voss, the only astronaut that survives after a disastrous space missions who, in her attempt to reunite with her terminally ill daughter, turns into a fugitive from the government, that starts hunting her down because of her ability to control completely her subconscious mind.

One Under the Sun premiered at the 2016 Cannes Film Festival and is scheduled to be released on cable, VOD and DVD on March 21.