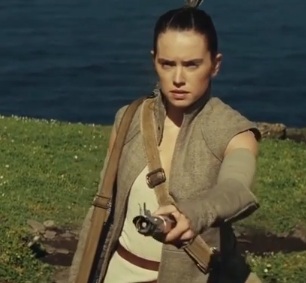 A tease trailer has been released for the eight episode of Star Wars, revealing the title: “The Last Jedi”. The upcoming epic space opera film, which will be the second installment in the Star Wars sequel trilogy, resumes immediately after the events of The Force Awakens, being a sequel of the latter.

Written and directed by Rian Johnson, Star Wars: The Last Jedi is scheduled to be released on December 15, 2017.