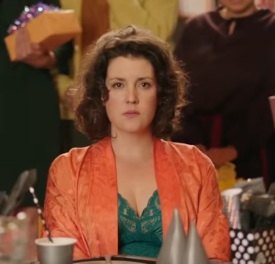 Magnolia Pictures & Magnet Releasing has released the official trailer for XX, a horror anthology featuring four dark tales: The Birthday Party, Her Only Living Son, Don’t Fall and The Box.

The stories are all written and directed by women, namely Annie Clark, that makes her directorial debut with The Birthday Party, Karyn Kusama, Roxanne Benjamin, and Jovanka Vuckovic, and features a cast of female leads, including Melanie Lynskey, Natalie Brown, Christina Kirk and Breeda Wool.

XX will have its world premiere on January 22, at the Sundance Film Festival, and will be released in theaters and on VOD on February 17.