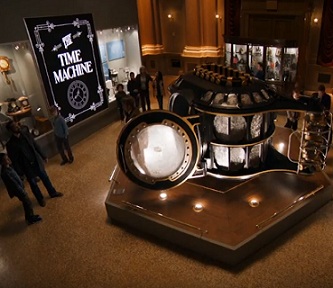 ABC has released the official trailer for its upcoming sci-fi drama series Time After Time, following H.G. Wells and Jack the Ripper as they travel to the future, the latter eager to kill and the first one trying to stop him.

The TV show created by Kevin Williamson (the creator of Scream and The Vampire Diaries) revolves around H.G. Wells, who built a time machine, and his friend, surgeon John Stevenson, about whom he discovers he is the serial killer Jack the Ripper. After the latter escapes to the future from the autorities, the English writer sets out to the future, as well, intended to catch him.

Time After Time stars Freddie Stroma and Josh Bowman in the leading roles, Jennifer Ferrin, Nicole Ari Parker, Jordin Sparks, Will Chase, and is scheduled to premiere on March 5.