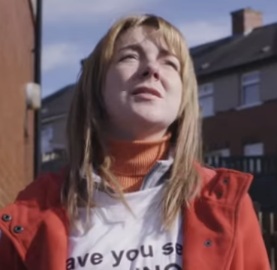 BBC has released the trailer for the new two-part drama The Moorside, scheduled to premiere on BBC One on February 7, at 9pm.

The film, inspired from a real story, chronicles the dissapearance of 9-year-old Shannon Matthews from The Moorside Estate in Dewsbury, the search operations performed by the police and the community, and the little girl’s return, after she’s found alive. The celebrations are rapidly cut short, though, when it is learned that the kid became the victim of a man known to her mother, Karen. The cast includes Gemma Whelan, Sheridan Smith, Sian Brooke and others.

The short trailer features the efforts put by the police and by the Moorside community, led by Julie Bushby, to find Shannon, Karen’s public request to the girl’s abductor to set the latter free and Karen’s friend becoming suspicious with regard to how much Karen knows about her daughter’s disappearance.