BBC One Series: Not Going Out – Season 8 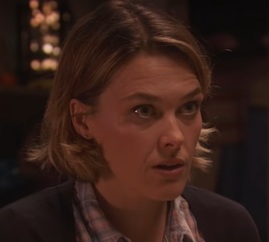 Not Going Out – Season 8

The British television sitcom Not Going Out returns to BBC One with its eighth season.

Set a few years after the events of the 2015 Christmas special, the upcoming episodes will see Lee and Lucy coping with their new status of parents. The duo must raise three young children facing, obviously, the everyday challenges of marriage.

“Marriage is a marathon, not a sprint. And like a marathon, you have to keep on going. (…) Keep telling yourself over and over This will end”, is advised Lee in the trailer.

The new season of Not Going Out, starring comedian and actor Lee Mack and Sally Bretton in the leading roles, will premiere on January 13.

Tags: not going out