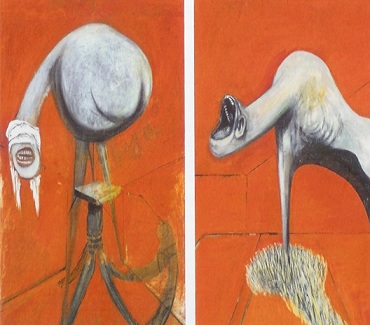 Francis Bacon: A Brush with Violence

BBC has released the trailer for the upcoming documentary about the turbulent life and work of artist Francis Bacon, scheduled to air on Saturday, January 28, at 9pm, on BBC Two.

Titled “Francis Bacon: A Brush with Violence”, the film, directed and produced by Richard Curson-Smith, features persons close to the artist, such as Michael Peppiatt, Mark Stevens, John Ricardson, Nadine Haim, Damien Hirst, Grey Gowrie, Marianne Faithfull, Barry Joule and many others, revealing information about the life and work of the British artist.

The trailer shows some of Bacon’s paintings and the interviewed guests, describing Bacon. The song playing in the background is the instrumental part of Amy Winehouse’s 2006 hit “Back to Black”.