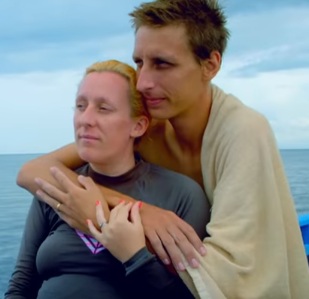 Channel 4 – Escape to the Wild

“Have you ever fantasized about moving in a remote part of the world? Jimmy Doherty meets the British couples that have made those dreams their reality” – says the voiceover in the trailer for the upcoming Channel 4 program Escape to the Wild, set to premiere on February 2, at 9pm.

The 40-second promo features Doherty traveling the world to meet people who’ve moved to unlikely places, and some of his reactions: “Just breathtaking”, “That is properly epic”, “Worst thing is nobody will hear you scream”, “It comes with a cost”.

Throughout his journeys, he and his new “friends” will try to give an answer to the question if escaping the rat race can bring true happiness. One thing is sure though. Doherty says it and the trailer reveals it: “If you really want, pursue your dreams. They’re not going to just land on your lap. You got to go and make it happen”.