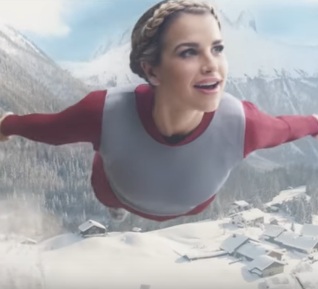 Channel 4 has released the trailer for the fourth season of The Jump. The reality TV show seing a batch of celebrities taking on some of the most challenging and dangerous winter sports returns on February 5, at 7.30pm, and is scheduled to air for six weeks.

The trailer features some of these celebrities flying into the sky in a mountain landscape, with Westlife’s single “Flying Without Wings” playing in the background, until an owl shows up and tells them “Get real, guys! Come on. Ridiculous”. The next scene shows the stars falling down to ground.