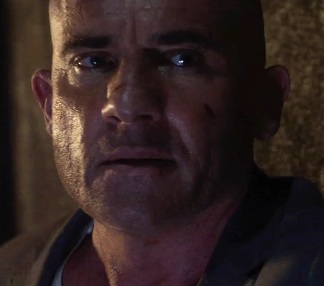 The original event series Prison Break returns to Fox this spring, with its fifth season.

The second official trailer for the series, titled “Michael Is Alive”, suggests that the thought-to-dead Michael (played by Wentworth Miller) may be alive, as it starts with his voice saying “I died seven years ago. Left behind a wife, a son, and a brother. But the dead talk, if you listen”. As the promo continues, viewers get to see Michael’s brother, Lincoln (played by Dominic Purcell), being told by a mysterious man, who’s giving him an envelope, that his brother “might just be alive”. “If you’re playing me, I’ll kill you”, answers Lincoln.

After learning that Michael is trying to reach out to him from the Middle East, Lincoln embarks on the quest to find out if his brother is really alive. Arrived in a war-torn country, he finds Michael in a prison and assures him that he will get him out of there. Will he manage to keep his promise?

The trailer, released with the tagline “this year breaking out is just the beginning”, promises pulse racing scenes, suspense and unpredictable ending for the two brothers, who must face incredible dangers, including terrorists, to return back home.

The upcoming nine-episode season is scheduled to premiere on April 4 and air Tuesdays at 9pm.