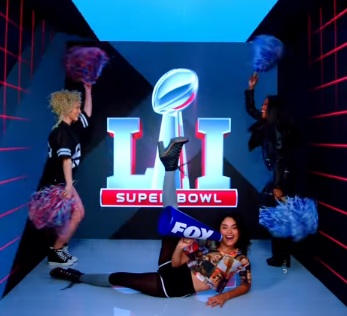 Super Bowl LI Is On Fox

Actors from shows airing on Fox, such as David Boreanaz, Emily Deschanel, Zooey Deschanel, Kaitlin Olson, Dominic Purcell, Wentworth Miller, and also celebrities, such as Gordon Ramsay and The Simpsons, star in the 60-second promo, which features a catchy song, saying (referring to the TV channel) “We are the freshest and the bestest cause we always give you more than you expected”.