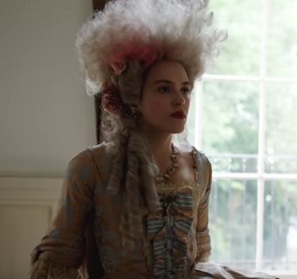 Hulu has released a teaser for its upcoming original family drama series Harlots, scheduled to premiere on March 29.

The TV show created by Moira Buffini and Alison Newman revolves around Margaret Wells, the owner of a brothel, who struggles to raise her daughters in London during the 18th century, and provides viewers with a deep look into the world of harlots, seen through their eyes.

With a cast including Samantha Morton, Lesley Manville and Jessica Brown Findlay, the eight-part drama got a straight-to-series order, streaming exclusively on Hulu in the US and airing on ITV Encore in the UK.

The song used in the trailer is “Kids” by the American noise pop musical duo Sleigh Bells.