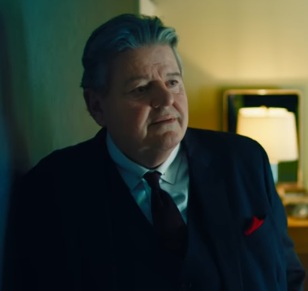 Hulu has released the official trailer for the critically-acclaimed UK drama National Treasure, set to debut on March 1.

The four-part series written by Jack Thorne centers around Paul Finchley, a television comedian accused of sexual abuse on a 15-year-old girl, and his family, wife Marie and daughter Dee, whose lives take a dramatic turn, as well.

The trailer features scenes with Coltrane’s character and Walter’s character as they discuss about what happened, giving viewers a first look into the family drama experienced after the rape allegations.