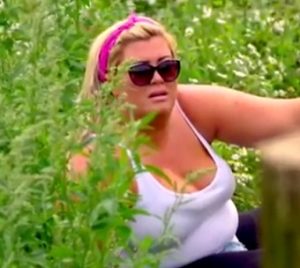 Sugar Free Farm is back for a brand new second series. ITV has released the trailer for the new season of the TV show hosting six celebrities eager to take on a sugar-free diet.

This time “it’s more than just sugar”, says the voiceover in the trailer, and the reality TV star Gemma Collins, actor and comedian Joe Pasquale, the former Doctor Who star Peter Davison, the dancer Stavros Flatley, the former politician Ann Widdecombe and the TV presenter Alison Hammond will all be taking part.

“Will life ever taste sweet again?”, asks the voiceover, while in background Ann Widdecombe says about a shake that “it’s horrid”. The trailer also features Joe Pasquale holding a plate with cupcakes and saying “It’s torture”, and in another scene, in which he reveals he’s been constipated since he’s there (at the farm).

Sugar Free Farm will start Monday, January 9, at 9pm.
The song used in the trailer is “I Want Candy” by Bow Wow Wow.