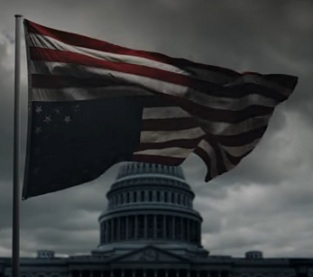 Netflix has released the date announcement trailer for the fifth season of House of Cards. The hit political drama series returns on May 30 on the streaming service, with new endeavors for the Underwoods.

The date of the premiere is revealed at the end of a somber recitation of the Pledge of Allegiance and the threatning message “We make the terror”, message expressed by Frank Underwood, played by Kevin Spacey, at the end of the fourth season, while sitting next to his wife, Claire, played by Robin Wright: “We don’t submit to terror. We make terror”.

Showrunner Beau Willimon stepped down from the series after running it for the first four seasons, and is replaced by Melissa James Gibson and Frank Pugliese.