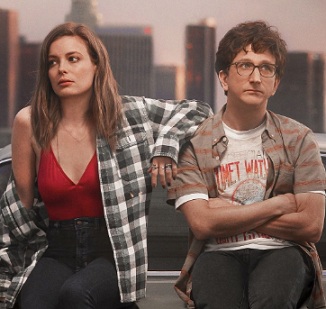 Netflix has released a teaser trailer for the second season of Love, slated to premiere on March 10.

The romantic comedy TV series created by Judd Apatow, Lesley Arfin, and Paul Rust, tackles with dating and romantic relationships from the perspectives of both a guy and a girl, through the characters of Gillian Jacobs, who plays Mickey Dobbs (a program manager at a satellite radio station), and Paul Rust, who plays Gus Cruikshank (an on-set tutor).

The upcoming season will consist of 12 episodes and will see the two protagonists facing new challenges related to intimacy, commitment, and love.

The song used in the trailer is “Long Love” by Lyle Workman.