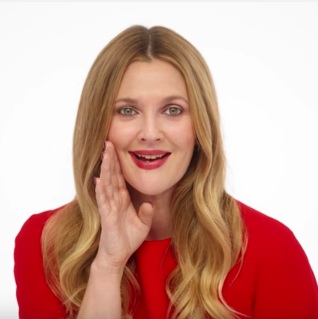 The promo for the new TV show, created by Victor Fresco, features Barrymore wearing a red dress, talking to the camera with nothing but white in the background. “Everyone is asking me how is it that I feel younger, more energetic, and sexier than I have in years. It’s the Santa Clarita diet”, says the 41-year-old American actress.

“After the first day I knew this wasn’t like any other diet. I satisfy all my cravings and I eat whoever I want. And I only eat the foods that deserve it”, she adds, taking a piece of meat from a bowl where there is also a human eye and eating it.

“Ready to take your life to a whole new level of wow? The Santa Clarita Diet”, says the voiceover at the end of the promo.

The series, consisting of 13 episodes, follows husband and wife Joel and Sheila (played by Olyphant and Barrymore), who work as real estate agents in Santa Clarita, California, and see their lives taking a dark turn after Sheila goes through a dramatic change.

The premiere on the streaming service is set for February 3.