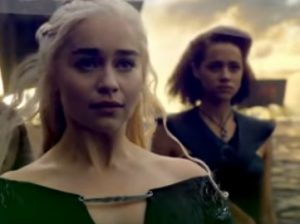 Sky Atlantic has released a promo titled Big Screen Drama Every Month to showcase the award-winning drama series airing on the TV channel starting this month.

The song playing in the background is a cover of Fugees 1996 hit “Ready or Not”.