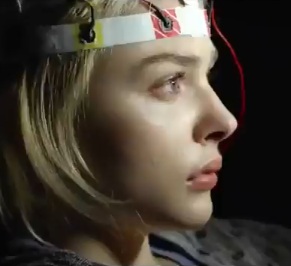 Chloë Grace Moretz has her brain on fire in the upcoming biographical drama film Brain on Fire, directed by Gerard Barrett.

Based on Susannah Cahalan’s memoir “Brain on Fire: My Month of Madness”, the film tells the story of Susannah Cahalan, a journalist at the New York Post whose life, which was almost perfect, with a successful career and a romantic relationship envied by many, takes a dramatic turn one day, leaving her with serious health issues.

From seizures and hearing voices, she soon finds herself in a much worse condition and the worst part is that doctors have no idea what she has. After numerous misdiagnoses and a hospitalization, a doctor gives her a diagnosis with the hope she can rebuild her life.