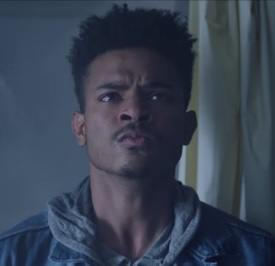 Netflix has released the trailer for its upcoming original film Burning Sands, about black fraternity hazing.

The film, marking the directorial debut of Gerard McMurray, is set at a fictional Historically Black College, where “it’s all about the brotherhood” and brutal hazing rituals take place as part of the initiation of new students into a fraternity, and follows a favorite pledgee who is torn between honoring the code of silence and continue with the process or speak out about its cruelty.

The trailer features several scenes showing parts of the rituals the new students must experience, including intensifying violence, with pledgees getting beaten, and with the main character struggling to make the best decision for him and for those around him.