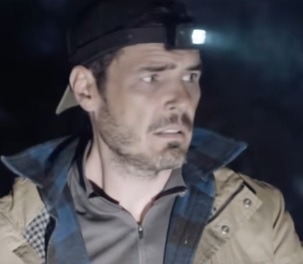 Devil in the Dark (Horror)

A first trailer for the Canadian horror film Devil in the Dark has been released.

The film, directed by Tim J. Brown, revolves around two brothers who go on a weekend hunting trip in remote British Columbia hoping to reconnect and find themselves harassed by a supernatural entity lurking in the forest. They soon realize that putting aside their differences and working together is the only way to get out alive from the dark woods.

“Something strange is waiting in the shadows. Fear the dark” – is the message conveyed in the trailer, which features some quite spooky scenes.

Devil in the Dark, starring Robin Dunne, Dan Payne, Brianna Buckmaster, and Daniel Cudmore, will be released on March 7 via On Demand/Digital platforms by Momentum Pictures.